How to Create a Good Enough Flame Hardening Process 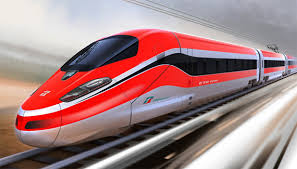 It’s no secret that globalization has introduced tremendous pressures in manufacturing to produce more, faster, and for a lower price. Recently as I’ve gone out consulting at customer plants in the mid-Atlantic states, I’ve found that each one of them is under such pressure to produce at lower costs that they sometimes cut out testing product before it goes out the door. And sometimes their specifications are done in such a rush, there is a mismatch between the hardness levels required by the spec and what might actually be sufficient in the field.

Failure can occur in the field both because of a lack of testing or the lack of a spec with sufficient hardness levels. Either scenario puts pressure on the production line. You’re either trying to correct for failure by altering your process in a trial-and-error fashion, or you’re driving up costs when they could be lowered if the heat-treating process itself was matched better with the level of expected wear and tear in the field. For example, one manufacturer has a flame hardening process that’s been in use for almost ten years. Recently the parts began to crack after hardening. What we found in our consulting with the customer to correct the problem was that they were trying to achieve a hardness level that didn’t match the use or material of the part. Because the part was in a clean environment and only run about eight hours a week, the material itself was hard enough to meet quality expectations. It simply could have been machined and shipped rather than machined, heat treated, and then having cracks develop because the process was designed to achieve a Rockwell level that in this case, wasn’t necessary.

For parts that go out in hot, dirty environments under 24/7 production pressures, you would want a higher Rockwell and probably deeper pattern. So you would want a material and pattern that can take the necessary heat treating process with a minimum amount of distortion so you can put the toughest part possible in the field. To be good enough, your process needs to match the use of the part in the field. It doesn’t have to be the same for every different part, just because you have set it up once to achieve a certain level.

But it’s easy to fall into the trap of a one-size-fits-all process because it appears that saves time. When it comes to localized hardening of any kind – flame hardening, induction, laser –  a set-up is required. It costs time and money. Different materials may require different quench, which will need to be exchanged out. Coils or flame heads or lasers must be designed to harden to spec, which costs time and money. If you’re only doing one or two parts for high volume runs, your setup costs are a small percentage of your overall production cost. But today’s manufacturing environment is tending toward smaller runs of quickly designed, on-demand production with smaller volumes. When volume shrinks, the percentage of total production costs taken by setup increases. That’s why plants don’t save as much money as they think they do when they cut testing, if they do not also take a look at their specifications to make sure the heat-treating process is producing hardness levels that are good enough for the application.

My point is, when engineering understands the end use environment and its effect on the part, specifications can suggest ways you can save time and money without sacrificing quality. You need to understand the material, its properties under heat and quench, and know how to apply that knowledge against the wear the part will experience in the field. Be willing to adapt your processes to achieve good enough results. Avoid thinking, “this is the way we’ve always done it.” Today there are more options than ever for achieving results that can compete in the global marketplace. If you’d like me to brainstorm with you about ways you might think your processes could be improved to be good enough – -and cost less – email me at Mark@flametreatingsystems.com or call 919-956-5208. I would love to hear from you.