Flame Hardening; How do you know the best way? 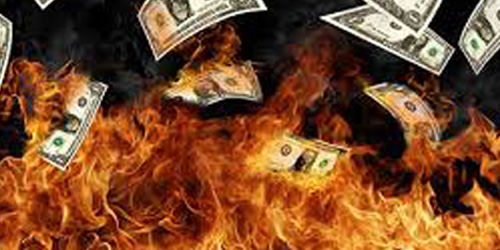 When you’re the one tasked with figuring out the best flame hardening solution for your manufacturing process, how do you know the best way to spend that time and money? What’s going to get you making the most money the fastest? Do you do everything yourself – typically perceived as the cheapest option? Or do you go outside to send parts to a flame hardening shop, or hire someone like Flame Treating Systems to engineer and build you a flame hardening system?

While the specific answers to these questions may vary from situation to situation, the underlying goal is the same: getting the best ROI for time and money spent on flame hardening. From start to finish, what is going to cause you the least amount of waste? What is going to provide you with the quickest way to either make money or save money?

In the last year, I’ve heard several customers tell me some variation of the blog title: “With all the time we’ve wasted trying to figure out this thing, we could have bought a new machine.” I want customers to make money, so it pains me to hear them reach a level of frustration and waste before they call me. So, let me write a blog highlighting the ways customers have gotten themselves to that point of frustration, and how you can learn from their mistakes.

Flame hardening is a complex process that can look deceptively simple. We alluded to this in the blog “Just Throw Some Heat at It.” That perception can become a trap. If a manufacturer or machine shop is doing all the production inhouse and has machinists and maintenance crew looking to support the production line, then it looks cheap and easy just to have them make some equipment to produce some heat, a tank to hold some water, and make it “good enough” to sell regardless of what the engineering spec may require of the hardness pattern or depth. These maintenance hours are already in the department budget so there’s no need to go make a case for an outlay of funds specifically for this “simple” thing called flame hardening that shouldn’t cost much and shouldn’t need much attention.

That’s where the trouble really begins, but folks don’t usually know it until the part fails in the field. When a part goes out less than the engineering spec requires for it to perform, and it fails, your end user ends up holding the bag. This situation happened to one customer of ours. They had an in-house developed system that had no controls on the heat process or the quench. When they sold their product to the end user, who then experienced the failure in the field, instead of going back to the manufacturer right away the savvy end user sent the failed part to a metallurgist for testing and analysis. Then they confronted their vendor with the cause the test had identified for the failure – a cheap, uncontrolled flame hardening process that overheated the part and quenched it in too severe of a solution. The resulting instability in the structure led to cracks in the field. Caught red-handed by a savvy customer who took it upon themselves to investigate the failure and hold the manufacturer accountable, the manufacturer came to us for a start-to-finish controlled flame hardening system that can use properly calibrated heat and quench flows, temperatures, and computer-programmed cycles just the right length, to produce the exact structural transformation that allows the part to succeed in the field.

In another situation we’ve seen, a customer attempted to build their own spinning flame hardening machine to “paint” the heat on crane wheels. It’s a great idea. However, their engineering didn’t take into account the flange of the wheels, so the design and operation of the flame heads failed to produce the pattern and depth they needed. Try and try as they might, they couldn’t get the machine to work. So, they called me to ask if I could get it to work. Because the engineering process was all wrong for the outcome they needed on the crane wheels, I couldn’t use any of the equipment. They bought a spinning machine from me, saying all the while, “With all the time we’ve wasted trying to figure out this thing, we could have bought a new machine by now.” And I would add, and been making money with it.

In one of the worst-case examples of a do-it-yourself disaster in the making, a graduate student recently called me all excited about his metallurgical project to build a spinning machine himself. He just wanted to buy some torches and flame heads from us. It would have been a nice order – some $20,000, but I declined. I didn’t want to participate in an experiment by someone who didn’t know what he didn’t know, and who could endanger the lives or safety of those involved who also didn’t know any better.

Poorly heat treated parts can explode and cause splinters of steel to fly a hundred feet. I have seen a steel column with a concrete-block sized chunk of exploded steel embedded in it. Heating and cooling steel looks simple because it just involves flame and a tank for quench, but underneath those basic elements is a complex and potentially dangerous process that needs knowledgeable engineering to safely address every possible point of failure. Timing of the heat and quench cycles, coupling distances between flame heads and part surfaces, and flows of fuel gas, oxygen, and quench agitation, present critical moments that determine success or failure. If you or your maintenance staff are unfamiliar with these processes, you need to incorporate trial and error in development costs, with a possible failure in the outcome. It takes us about 1250 hours to design, build, test and put into production an eight-torch spinning machine that can harden sprockets and wheels weighing nearly 2000 lbs. That may give you a target number for your budget, but if you are designing this for the first time, you may want to pad the number with at least another 500 hours.
Manufacturers might feel they already have these hours built into their maintenance budgets so they’re keeping costs down by using those hours to build flame hardening systems. But we have seen too many times that when they think they’re saving money, it ends up costing them more than it would have if they had just come to us in the beginning. I hate wasted time and money, and I suspect you’re not too fond of it either, especially when you add a negative impact on product quality or a customer relationship. Together, we can do our part to avoid those situations. Let’s talk about what you want to do and how you want to do it before any of that waste occurs. Call me at 919-956-5208 or email mark@flametreatingsystems.com.